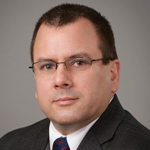 Steven is Vice President of our Rhode Island and South Eastern Massachusetts group. He joined New England Mechanical as a service sales engineer in 1998 and was responsible for establishing operations in Rhode Island.

In August 2001, he was promoted to Rhode Island Branch Manager and then promoted to Vice President in March 2013. His responsibilities include the overall management of sales, operations, and administrative personnel for the group.

Prior to his employment with NEMSI, Steven held a position with environmental systems. Before that, he was a manager and estimator/designer at his father’s 30-year-old HVAC business.

Steven has over 30 years of experience in the HVAC industry and has pursued career advancement through attending the continuing business education program at both Rhode Island College and Bryant College. He completed a two-year, in-house Management Development Curriculum course conducted by EMCOR Facilities Services.