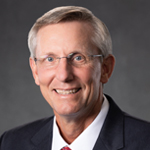 Russ is President and CEO of New England Mechanical where his responsibilities include development and implementation of management operating initiatives. He provides supervision of the company’s seven offices, including South Windsor, New London, and Trumbull CT, Palmer, MA, Pawtucket, RI, Manchester, NH and Albany, NY.

Russ joined NEMSI in 1991 as a Service Sales Representative and in 1995 he was promoted to Regional Director of Sales and Marketing.

In 2004 he added the Massachusetts office to his responsibilities and was promoted to Senior Vice President. In June 2021 he was appointed President and CEO.

Russ’s industry activities include serving on the Board of Directors for the Building Owners and Managers Association (BOMA). He is also a member of the Air Conditioning Contractors of America (ACCA), and the Connecticut Business and Industry Association (CBIA).

Russ and his wife and have three grown children. He enjoys hiking, golfing, fishing, and skiing.