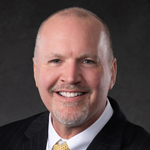 Rich serves as General Manager for NEMSI’s Albany, NY location and oversees the day-to-day operations of the branch, including both the service and building automation divisions. He is responsible for the overall management of sales, operations, and administrative personnel for the group.

Rich began his career with NEMSI in 2000 as a Service Sales Representative. In 2015 he was promoted to Supervisor of Service Sales, overseeing Service Sales efforts out of our offices in Vernon, CT, Palmer, MA, and Manchester, NH.

Rich holds a Bachelor of Science degree, majoring in Business Administration. He has been involved in multiple business and industry organizations including BOMA, IFMA, and the Capital Region Chamber. He has participated in numerous educational programs on business, leadership, HVAC, and facilities related topics.

Rich cherishes spending family time with his wife and their two children. He enjoys golf and is an active volunteer and advocate for the ALS Association. Rich is a U.S. Army Veteran and served in a stateside support role during the Gulf War.