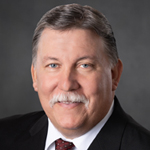 Beginning his career in 1984 as a Carpenter, Mike moved up to Construction Superintendent in just one year. For the following nine years, Mike led a team building commercial spaces in shopping malls across the country.

Mike joined NEMSI in 1995 as a Service Apprentice performing HVAC and building maintenance. After obtaining his HVAC license in 1997, Mike performed service maintenance, repairs, and installations as a Field Technician.

In 2003, he was promoted to Contract Superintendent for the company’s U.S. Naval Base contract. Mike became Operations Manager of the New London branch office in 2007 and was promoted to Branch Manager in 2020.

In addition to over 26 years of experience in operations and facilities services, Mike holds a Connecticut S-1 Unlimited Contractor license. He has also taught HVAC Apprenticeship classes for the Connecticut Associated Builders and Contractors.

When he isn’t working, Mike spends time with his four children, and works on rebuilding his family farm. He is also involved in local sports programs where he served as a head coach for youth league football, baseball, and high school football.